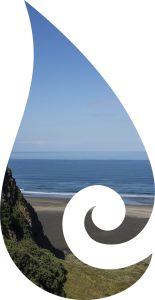 Rajdeep Kaur describes the day that everything changed as “a day with nothing happening, no plans to go anywhere.”

One fine Sunday morning in November 2021, the family were at their home in Flat Bush. In a bid to stop her teenage sons from sleeping in all day, Radjeep accepted an invitation from a friend to join them for a walk in the Waitākere Ranges.

After the walk, Rajdeep, her husband Gurdeep, sons Manveer and Puneet, along with their friends, headed to Karekare Beach to rest and relax on the beach.

Despite it being early evening, and after the lifeguard patrol had finished, the boys decided to go for a quick swim. After some initial reluctance, Gurdeep decided to join them to keep an eye on his sons.

Both Rajdeep and Gurdeep grew up in India and had only swum in swimming pools. They were not very experienced with Auckland’s West Coast beaches. Radjeep describes her husband as “fit and strong” and her boys as “healthy and active”, both being involved in local football teams and swimming at North Shore and East Auckland beaches.

Not long after the boys, Manveer and Puneet, entered the water, they were caught in a rip and found themselves unable to touch the ground. Their dad swam out to assist but found himself in trouble too.

Fortunately, Shalema Wanden-Hannay, an off-duty lifeguard, spotted the family in trouble. By the time she was able to reach them, she found Gurdeep unconscious in the water and the two boys were encouraging each other to stay calm and stay above the water. Shalema was joined by fellow Karekare lifeguards and together managed to get the family back to the beach where they administered CPR. The boys were checked and monitored by St Johns Ambulance staff and Gurdeep was flown to Auckland Hospital by the Auckland Westpac Rescue Helicopter in a critical condition.

Once Radjeep arrived at the hospital, she recalls “Gurdeep was asking me about his boys, were they safe? It was the most important question to him. He asked me, have the boys drowned? I said no, he didn’t believe me. Police brought the boys to him, he didn’t believe me until he saw them in front of him,”

The whole family is full of praise for the Karekare lifeguards, police, St Johns Ambulance and rescue staff who helped on the day. They received counselling afterwards but it has still been a long road to recovery. Puneet was initially hesitant to return to the water but both boys have now been back to the beach helped in part by the water safety lessons Manveer took with the Karekare lifeguards. They are now actively promoting water safety within their Sikh community.

Rajdeep explained “We had never been taught about beach safety, rips and things like that. I would just say, swim between the flags, a lot of people go into the water after the flags have gone down and I want to educate them not to do that.” 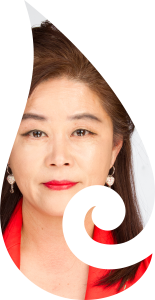 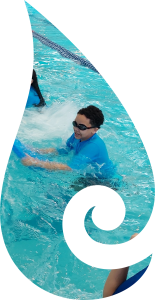 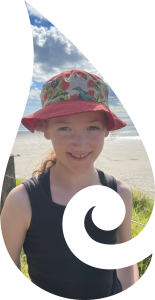